I’ve been across the globe, from South Africa to Ireland, and a bunch of pin drops in between, but no venture compares to the three days I spent in Edinburgh, Scotland. It was my first solo trip and almost nothing went according to plan. But somehow I managed to see everything on my list and even made a few unexpected sides trips, complete with surprising new friendships and a plethora of unnecessary facts about the long-held Scottish/English feud. Sorry, Majesty. I side with the Scots.

1. Have a cup of coffee at J.K. Rowling’s table in The Elephant House. Coined as ‘the birthplace of Harry Potter,’ the Indian-themed cafe is conveniently located in the heart of historic Edinburgh. Tourists and locals alike, flock each day to the cafe where  J.K. Rowling wrote the Harry Potter books. The table isn’t marked, but the baristas will tell you that she sat at the table in the far right corner of the back room, overlooking Greyfriar’s Kirk. It was an eerie experience, peering out the window at the Hogwarts-esque Edinburgh Castle. Arrive early if you want to sit at her table and be sure to take a trip to the bathroom while you’re there (it’s completely plastered with notes from Potter fans). Don’t try to flush yourself in the toilet; It doesn’t lead to the Ministry of Magic. I may or may not have tried. 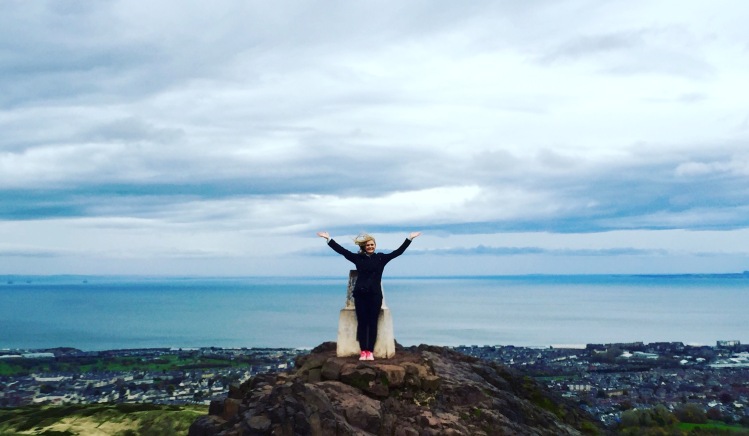 2. Hike to the top of Arthur’s Seat. It will take you about three hours up and down the extinct volcano, but trust me when I say the view is worth it. I made the hike on an especially windy and rainy afternoon. My shoes were soaked and my hair was a tangled mess, but I made it back alive! This trip can be easily coupled with a visit to the Palace of Holyroodhouse, which is right at the bottom. The palace is a mecca for Mary Queen of Scots enthusiasts (any Reign fans here?). The ill-fated Queen’s chambers, which you’ll see toward the end of the tour, are pristinely kept. If you’re interested (and I strongly recommend it) you can take a look at some of the tour’s highlights here. 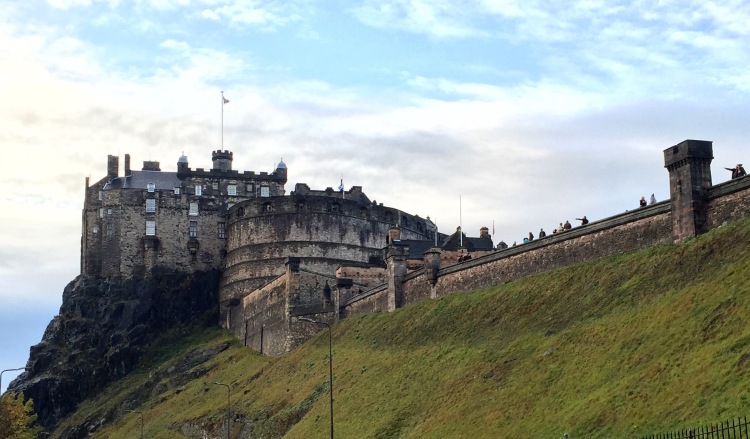 3. Visit Edinburgh Castle. The fortress is built on a 700 million year-old extinct volcano in the middle of the bustling city. Now a national monument and museum, the castle has been used as a prison, a royal residence, a venue and an army garrison. Thankfully it still stands, despite being the center of countless battles. I had quite the view of the fortress throughout my stay at the Castle Rock Hostel, which was right across the street. If you decide to pay the £16.50 pound general admission price, be sure to visit the crown jewels on the first floor of the Royal Palace! The lost and rediscovered ‘Honours of Scotland’ were first used together in 1543, during the coronation of the infant Mary Queen of Scots! 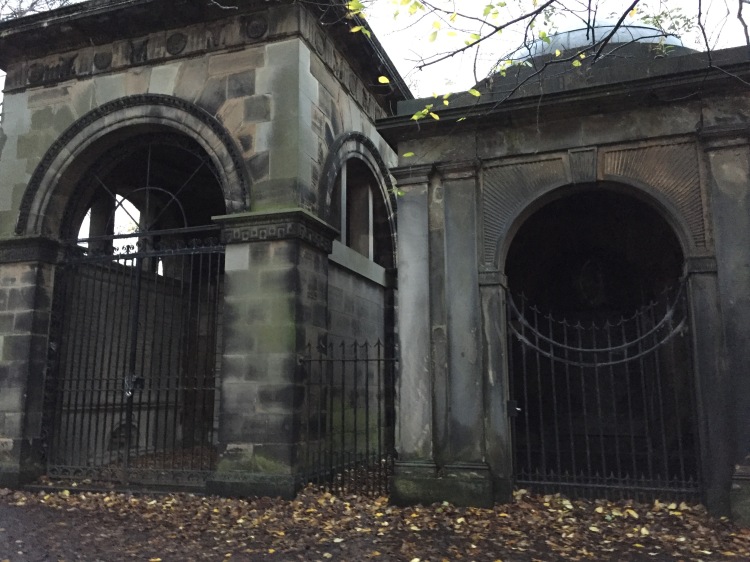 4. Take a ghost tour. Walk down Prince’s Street and you’ll find about 50 different options. I booked in advance the City of the Dead underground ghost tour (£10 general admission or £8 with a student ID) and, while it was scary, it was a lot less scary than I had anticipated. Luckily, I made friends in the group and had someone to hold onto when things got creepy. After the nine or tenth time the tour guide blew out her candle and told us about whatever spirit lived down there, we were all kind of over waiting for someone to become possessed. Honestly, the best part part of the tour was not the trip into Edinburgh’s underground tombs, it was the hilarious spectacle put on by our tour guide and all of the information about the city’s history that came along with it, free of charge.

5. Visit Edinburgh’s Camera Obscura. This quirky attraction draws locals and tourists alike to its strange lights and illusions. You can lose yourself in the mirror maze if you’re not careful. Similar to a children’s museum, but also fun for big kids like me, the museum charges £14.50 for adults (£12.50 with a student ID). The camera show at the top of the museum was a lot less thrilling than I expected, but the rest of the museum was filled with fun and interesting activities you are sure to enjoy.

The silly takes are always the best ones! I rest my case. I’m still smiling about this day. They’re all probably tired of hearing me thank them, but I’m going to again because you can’t stop me and it bears repeating. Thank you to these seven incredible humans for being part of this celebration of writing, books, and love of all kinds.❤️‍🔥
13 years. 47
#thebookdiaries #writersofinstagram #authorsofinstagram #amrevising #yafantasy
Yesterday I woke up to a phone call from my landlord letting me know that at 3am that morning a drunk driver ran a stoplight and took a speed bump at 70mph on our street and landed on my Nissan Altima before smashing into several other vehicles and eventually the building—totaling the parked car I have been driving for the past ten years. The tow company dispatcher told me it was like a game of pinball in the street.
I was lucky enough to spend the morning talking books and industry with some incredible authors who were in town for #ECCC. Thank you @sourcebookscasa for the lovely breakfast, conversation, and all of the goodies. I feel like a very special cookie. If you love fantasy and romance and haven’t yet read @katee_robert, @maxymmckay, @piperjdrake, and Claire Legrand—first of all, where have you been—and second of all, drive to your nearest bookstore directly to remedy that. I’m neck deep in #kingdomofexiles right now and having a grand time. Also, if you’re in the PNW and you love romance, B&N has an author panel coming up on September 10th with @katee_robert, @staceymariebrown, @kerriganbyrne, @sierrahillbooks, @kimloraineauthor, and @megannewrites. Come laugh and talk love and steam with us! It’s cross-genre, so whatever you read, we’ve got you covered. You can RSVP over @bnnorthgate.
Me giving up on cutting further words from this draft.
This year, Mother Nature decided to throw a curve ball in my Perseids plan by way of a full moon. It was still a sight to see. Fun fact, that second picture is not a sunrise—it’s a moonrise—and it was taken at 10:30 at night. This morning, I made an early start and had my coffee overlooking Ross Lake in the North Cascades. Happy Friday, loves. I hope wherever you’re having your coffee today, it’s with a side of majesty.
For months, I have been planning this panel in secret, and I’m so excited to finally share that Barnes & Noble Northgate will be hosting six award-winning, international, New York Times, and USA Today bestselling romance authors for an exclusive panel and signing on Saturday, September 10, at 2pm. The author lineup includes Katee Robert, Stacey Marie Brown, Kerrigan Byrne, Sierra Hill, Kim Loraine, and Meg Anne.🔥(I know, I nearly fell out of my chair, too.)
Action is the sole definer between you and what you want. We all love to talk about the places we’ll go, the things we’ll do, the people we’ll see. But most of the time, that’s all we’re doing. And it makes me want to (lovingly) shake people.