When I turned 16, I spent my entire life savings on a used Chrysler Sebring convertible that I named White Lightning. Though the car ended up having many costly problems, it is still to this day the best purchase I have ever made. Having a car meant freedom. It meant that I could get a job. Suddenly, I was no longer reliant on my parents to take me to cheerleading and drama club practice, and I could leave my house if it got cramped and stressful. It was the first thing I ever owned outright, and it opened a door to the world.

The beauty of a road trip is that you are in control of the timeline—even more so when you go solo. When you’re tired, you stop and sleep. When you’re hungry, you stop and eat. When you see something incredible, you stop and take a picture. When you’re bored, you change the station or playlist. You do all of this without consulting anyone. That is freedom. 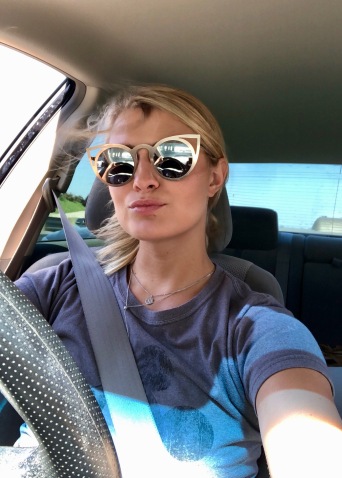 On July 5th, after a two-day stay in Arizona, I packed up my car again, grabbed breakfast with my aunt, put air in my tires, and was driving westbound out of Phoenix by 10:30 a.m.

I didn’t listen to any audiobooks today. I caught up with a close friend and over the phone through most of Arizona. But as the beautiful California landscape started to take shape around the highway, I hung up the phone, rolled down my windows, and blared my playlists. 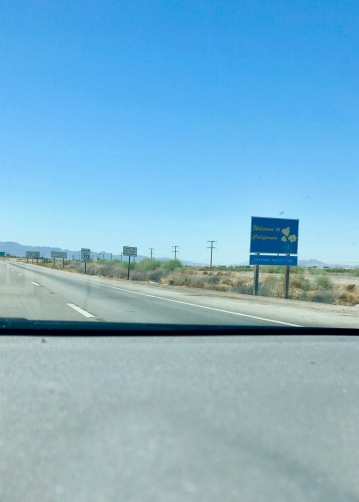 The first thing I did after crossing the California state line was to stop and get In-N-Out. Just outside Palm Springs on I-10W, there’s a massive windmill farm that, believe it or not, is really something to behold. I didn’t get the chance to stop and take a picture for you guys, but hundreds of other people on Instagram did. Check out this post from ejimmy3. Stunning, right?

Someone up there must be watching over me because I drove through LA on I-210 W during rush hour and ran into almost no traffic. When I, at last, pulled onto Highway 1, the sun was low in the sky, and the sea was glistening. I can’t even put the spectacularity of it into words. When I finally reached Santa Barbara, it was dinner time. I looked up some local seafood restaurants while I was stopped for gas ($4 A GALLON, PEOPLE) and decided on a spot called the Bluewater Grill (mostly because it offered free parking). The restaurant was busy, so I went upstairs per the recommendation of the hostess and grabbed a seat at the bar. I ordered a cider and a bread bowl of clam chowder and pulled out my laptop to write. The food was delicious, and everything was going fine until around 8 p.m. when the whole building started to shake.

At first, I just felt seasick. My spot at the bar was overlooking the ocean, and I thought maybe I had been staring at the water and eating for too long. But when my plate began clattering and scooting down the bar, I knew it wasn’t just me. All the bottles of liquor on the shelves started to sing and clatter together, and the bartenders threw up their arms to keep them from falling. The aftershock lasted for about 60 seconds, and then it was over. Nothing fell or cracked. No one got hurt (that I’m aware of). I tried to go back to work, but it was loud, and the whole restaurant was in a pandemonium. So, I quickly finished my meal and walked across the street to watch the sunset over the beach.

Apparently, the 7.1 magnitude earthquake that hit Southern California near Ridgecrest was the largest in over two decades. What I felt in Santa Barbara was only one of nearly 1,400 aftershocks per CNN. What a day to be in California. (UPDATE: Check out these wild before and after photos of the fault lines from the Los Angeles Times.) 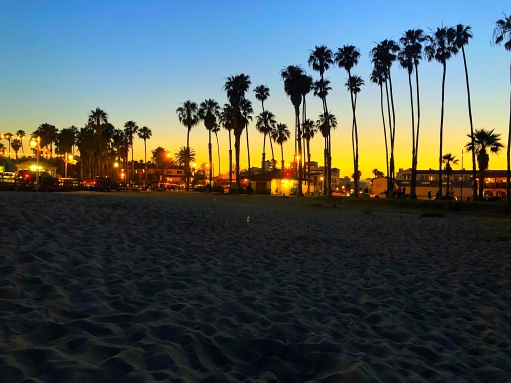 By the time I hiked back to the parking garage to leave, it was dark, and I was tired and freaked out about the prospect of driving on quaking roads. It was a blessed relief when I pulled into the Gaviota Northbound Rest Area to sleep. That relief was nearly shattered when there were no spots available, but luckily someone was pulling out as I was pulling in. It was a beautiful first day on the coast, and there was no shortage of adventure.

If I could have my first car back for just one day, it would have been today.

Congrats Kaylie and Mitch! 🤍🤍🤍
Views from the top 🏔
It was too cold to even take off our masks! Bet you can’t guess which one I am.