Today was the last day of my road trip. My husband called to tell me that our dog Cooper was not doing well, (TMI WARNING) and had blood in his stool and his throw up. So I decided to cut my trip short and go home. 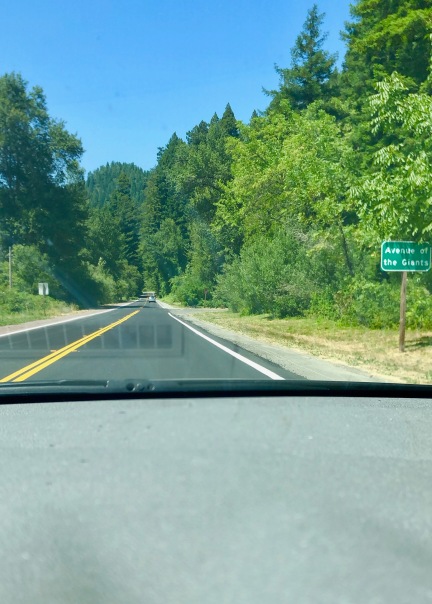 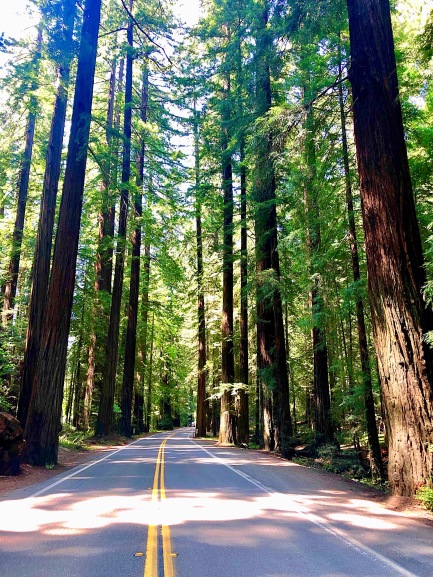 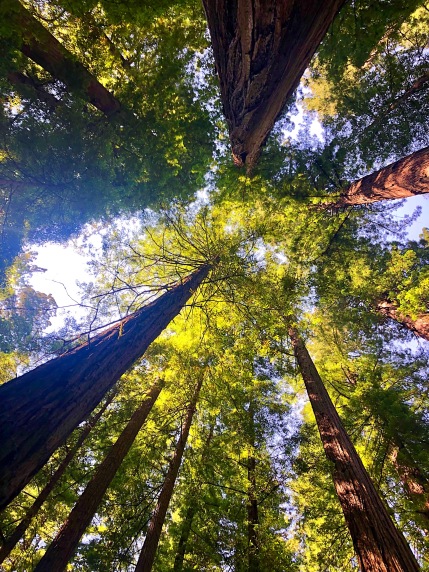 Aside from the fantasy fiction trees of legend, today was significant, and I’ll tell you why. Since I left home, I’ve received repeated texts daily from family members asking for proof of life. I, of course, appreciate the concern because I’m reminded that I have a family that truly loves and cares about me, but sending the same text to five different people every day can get a little tedious. Everyone seemed so terrified on my behalf that I was beginning to feel like I had to quickly get to the next stop to respond to a text and notify someone that I was alright instead of just enjoying the drive. I thought I could avoid feeling like this and still be courteous to my family by posting a picture online at the end of each day. But to quote my mother, social media posts are not strictly proof of life as serial killers have been known to take their victim’s cell phone and post online for them to avoid suspicion until they have disposed of the bodies.

Here’s the thing: The whole point of a solo road trip is to go it alone, and we need to start seeing that as a positive and healthy thing. When I tell people that I want to be alone, they get this look weird look on their face that screams, “Oh, well then. Sorry I bothered you. I won’t do that anymore.” When really, it has nothing to do with them and everything to do with my own personal sense of peace. Since when did being alone garner such a negative connotation?

I go to the movies alone all the time. I remember once in college I was attending a Sunday matinee in Chicago alone, and a group of people from The Moody Bible Institute came over and sat by me and said I looked like I needed a friend. No! And now you’ve made this super awkward! Why I would invite my friends to pay $15 each to come and sit in silence with me for three hours in a dark room? I can finish a delicious bag of popcorn by myself thank you very much.

I wanted to spend my last day on the road inside my head. So, I turned my phone on airplane mode. PCH1 is easy to navigate, so I didn’t really need my GPS. (There’s not much service to be had along the coast anyway.)

So seldom do we have the opportunity to truly escape our lives. So seldom do we stop and marvel at the wonder of the world. So seldom are we so in control of where we are going. In this connected universe, we are seldom alone. But being alone is so essential to growth and self-discovery.

During my semester abroad in Ireland, I decided to take a solo trip to Edinburgh, Scotland. At the tail end of my weekend, I made a stupid mistake. I booked a flight back to Dublin in military time (08:00), and my American brain translated the time to 8 p.m. When I showed up at the airport, the security agent informed me that I was 12 hours late. When I went to the service counter to see about exchanging my ticket for the actual 8 p.m. flight, I was asked to fork over £400, which I couldn’t do. I had class the next day. I had no money for another hostel, no way to call home, and exactly zero friends in Scotland. I only had enough emergency money to buy a plane ticket back to Dublin the following day. So I stayed at the airport. I tried to use the time to write, but eventually I was so tired and angry with myself that I couldn’t concentrate, so I stared at an airport wall for seven hours until I was so exhausted that I pushed six bar stools together in an empty cafe to create a makeshift bed and used my backpack as my pillow. But I was too afraid I’d miss my flight again to actually sleep. When we landed in Dublin, I sprinted off the plane to catch the bus back to Limerick and went straight to class on zero hours of sleep still wearing my trip backpack.

I could share several far more dangerous/high-stakes examples, though they are far less funny and would pull focus away from the spectacular point I’m trying to make here—which is that solo travel is vital to the forming of your identity. You don’t know who you are as a person until you’ve been completely alone with your thoughts for a prolonged period. And you have no idea what you’re capable of enduring.

Think about it: When faced with any challenge, what do you do? First, you Google. If Google doesn’t have the answer, you call mom. If she doesn’t answer, you ask for help on social or text your friends. But what would you do if you had none of that? No financial resources, no backup plan, no contacts. You would have no choice but to solve the problem on your own. Independent travel turns people into problem solvers. YOU COULD BE GOOGLE. And sometimes you won’t be able to solve it. Sometimes you’ll just have to deal and learn for the next time. Would you believe I always look for military time now when I book my flights?

Some of my best memories are of prancing around Europe with my friends, laughing and drinking and hopping from place to place. Group travel stimulates great friendships and human connection, and it too is essential. We need both connectivity and seclusion to live a fulfilled existence. If you ever find yourself wanting to cancel your weekend plans and just stay in, that doesn’t mean you’re becoming a hermit. It just means that you might be in desperate need of some solitude. And that doesn’t make you a weirdo.

I urge you: Take a drive somewhere without your GPS. If you get lost, use your Atlas. If you get a flat tire, figure out how to change one without the internet. Put your phone on airplane mode and don’t feel guilty about it. The world can and will spin on without you.