And I’m here on the blog today to share my fun with you. Step 1: Get a fabulous pedicure so you can properly imagine how you will look in your new shoes. Step 2: Apply an under-eye mask because dark circles do not go with Prada slingbacks. Step 3: Pour yourself a glass of pinot noir and raise it high to all the designers crafting shoes you’ll never be able to afford.

Disclaimer: Using your rent money to buy expensive shoes is a very bad idea. Let the record show that I encouraged you to give your wallet to a good friend while having this experience.

END_OF_DOCUMENT_TOKEN_TO_BE_REPLACED 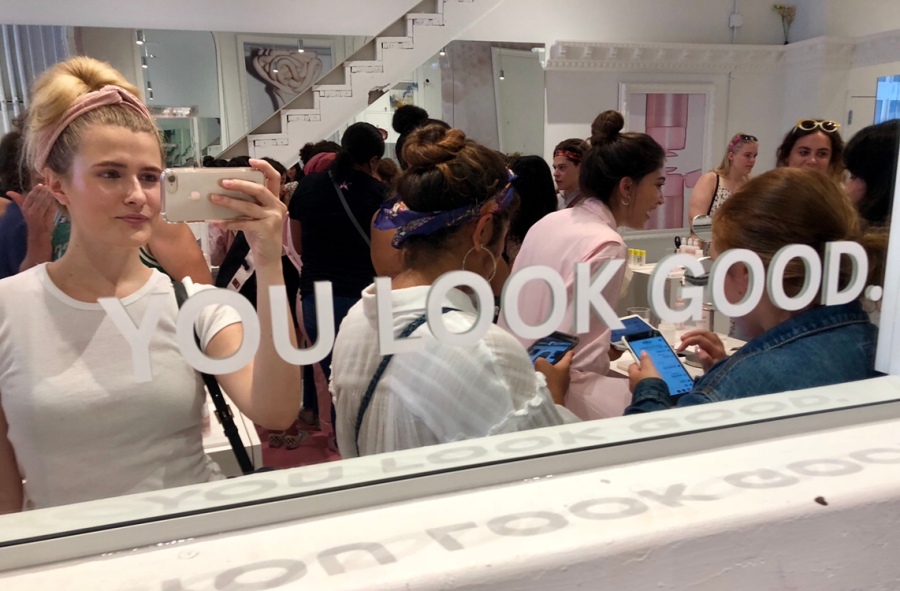 A look inside the magic of Glossier and its new pop-up shop in Chicago’s West Loop.

Glossier coming to Chicago feels oddly like a visit from the Pope. The New York-based beauty brand is globally beloved, but there are only two permanent showrooms in the world today, and they’re located in—guess where—New York and LA. After months of teasing, Glossier opened its first brick and mortar pop up in the Midwest, and even though its only temporary, it still feels like we’ve won some kind of prize. END_OF_DOCUMENT_TOKEN_TO_BE_REPLACED 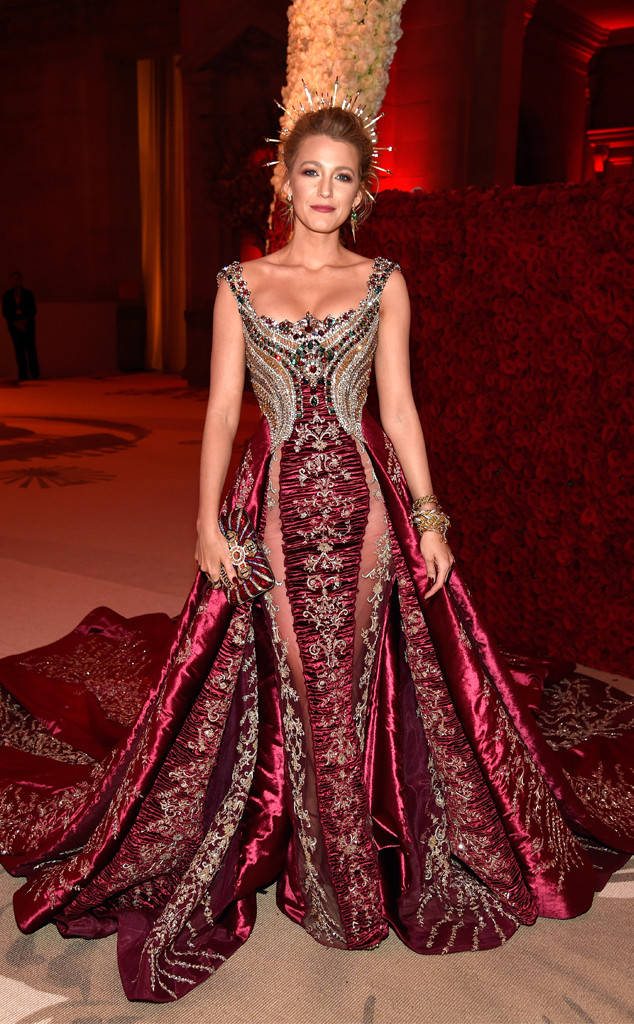 All my life I’ve waited for the American fashion elite to make tiaras publicly acceptable. Now, not only do I consider tiaras acceptable in every day life, I also apply this logic to halos and papal headdresses. The 2018 theme for the first Monday in May, “Heavenly Bodies: Fashion and the Catholic Imagination,” (or as I like to call it, “name that religious figure or artifact”) is far more straightforward than the themes of Met Balls passed. Some left little to the imagination, and some missed the mark by a mile: The Gucci crew (which includes Jared Leto and Lana Del Rey) came as the father, son and Mother Mary, Lena Waithe came as a flag, Katy Perry wore angel wings, Evan Rachel Wood came dressed as wings, Ariana Grande wore the Sistine Chapel, Selena Gomez wore essentially the same look she wore last year (while I did appreciate and admire the added bible verses), the Kardashians might as well have been wearing paper bags, Blake Lively ordered a party bus for her Versace mega masterpiece, and Rihanna unseated the pope. END_OF_DOCUMENT_TOKEN_TO_BE_REPLACED

Coco Chanel’s legacy is more than her brand. Gabrielle Bonheur Chanel lived an amazing life. After her mother passed away, she was abandoned by her father and went to live in an orphanage with her younger sister. It was here that she eventually learned how to sew. She faced countless hardships both personally and in business. Yet, she went on to become the most revolutionary designer of her time; her couture is still making millions today. This costume is original, fun and even better in black and white. I already owned everything I needed for this look. Chances are that you do too. Start by grabbing every pearl you own, and the personality will follow. END_OF_DOCUMENT_TOKEN_TO_BE_REPLACED

After experiencing Taylor Swift’s new dark look, I couldn’t help but reflect on all the ways I could turn her more signature style in to a hilarious Halloween costume. This look is a reflection of her 1989 era. But before we get own to basics, here’s just a bit of fun. Enjoy!

END_OF_DOCUMENT_TOKEN_TO_BE_REPLACED 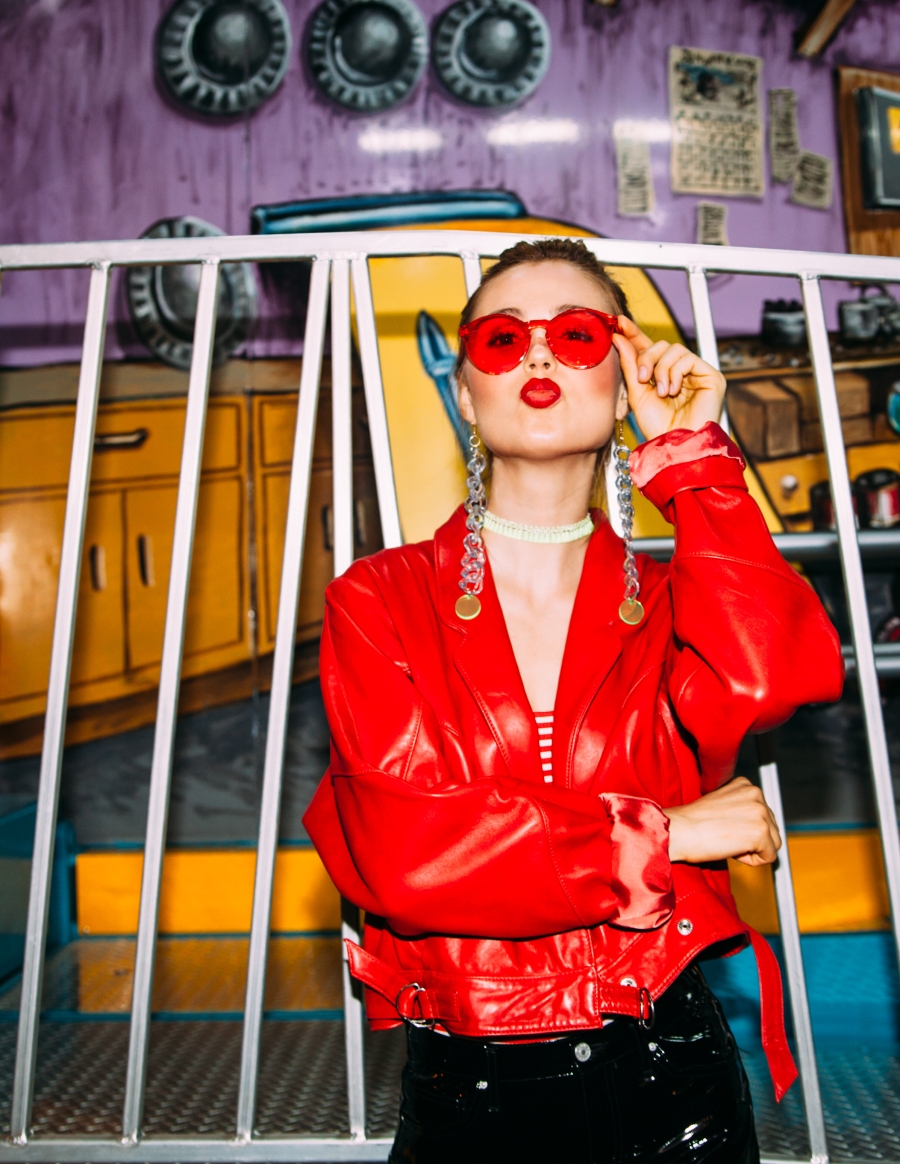 This summer, think cotton candy pink, snow cone stained lips and greased lightening. Because the only thing more important than carnival food is the way your skirt falls across the Ferris wheel seat.